Jacquard weaving is an intricate craft, and even with machine powered looms, it remains an organic skill, at mercy to the whims of chance!
There are thousands of individual threads, moving and interlacing in complex ways, and if even one of those threads gets stuck or out of place, the cloth will be affected in some small way.

There are several types of little ‘birthmarks’ that cloth can develop during weaving. All of them are harmless, and most will be hard to see unless you study the cloth very closely. As with birthmarks, some can be removed invisibly, whereas others may leave a small trace of their presence, or may be completely permanent. All the wraps that we sell are completely safe to use. Here is our guide to ‘weft ladders’- learning to identify, fix and not worry about them!

So I really don’t need to worry about flaws?

If you are new to wrapping, then talk of flaws and mending can seem daunting. It is important to remember that these are not safety points, and most flaws are barely visible until you study the cloth. No-one will see them when you are using your wrap, and they shouldn’t affect how you use the wrap. It is the second-hand sales market for wraps that has inflated concerns about flaws and cosmetic damage to cloth. Nearly every single wrap in existence will have some little quirk, and cosmetic flaws shouldn’t worry you in terms of buying and selling. Most little issues (pulls, broken threads) can be fixed easily and invisibly. Permanent flaws should have been discounted at point of sale, and you can pass that discount on when you sell. Wraps are mostly made in very limited quantities, and small issues like weft ladders shouldn’t put you off from buying a wrap that you really love, especially when you may struggle to find another one for sale.

What are Weft Ladders?

These are tricky to remove invisibly but of no safety concern. As a result, we sell these wraps at a slight discount. Weft ladders can be very difficult to spot, and so we sometimes miss them during the checking process.

A genuine ‘weft ladder’ occurs during the weaving process- it is woven into the cloth. People sometimes refer to them as ‘skipped threads’, because they look very similar to them, but they aren’t caused by the warp threads ‘skipping’ the pattern as with true skipped threads. The key identifying a weft ladder is that the ‘skipped threads’ (long floats) will be running in a vertical line down from the top hem to the bottom hem, like the rungs of a ladder. They may span the whole of the distance, or just occur on part of the cloth. 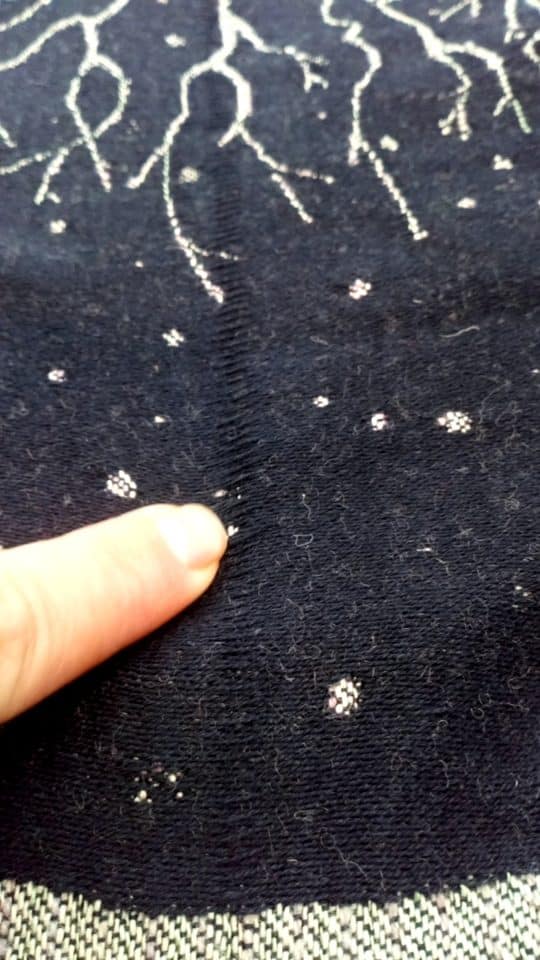 They happen when the weft thread that was supposed to pass over the warp threads snaps, and so is therefore either fully or partially missing from that part of the wrap. The weaving carries on as normal, all the subsequent weft threads push up and fill any gap, so the structure of the cloth isn’t compromised and there is no space left as a result of the weft thread being missing. The only evidence of the missing weft is a change to the weft pattern (so if the pattern was alternating red and blue threads, a missing blue thread would make an area with 2 red threads next to each other) and the laddering effect on the warp face of the cloth. 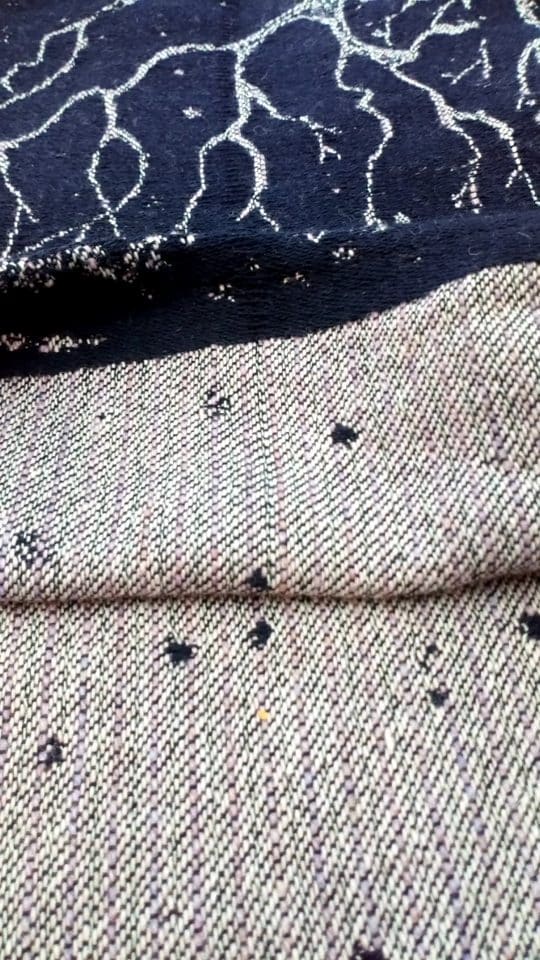 The word ‘float refers to how many other threads a piece of yarn will pass over before it crosses underneath one. It literally floats on top of the other threads. Float length is one of the variables that can be changed to create different weaves with different properties. With a weft ladder, the floats are twice the length that they should be, because the missing weft hasn’t pinned them down in the middle. That in itself isn’t a problem, other than it breaking the pattern, and making it stand out to our eye.

As you move the cloth, the weft ladder will become more or less visible. Usually, it will be harder to see when the wrap is in use, and the threads are put under tension.

What if a weft thread gets pulled out after weaving? Will that make a weft ladder too?

Pulling out a weft thread after the cloth has been woven will create a slightly different effect. Removing the thread will leave a gap that you’ll be able to see as a line on the weft face of the cloth. It won’t look so obvious on the warp face. Fixing these is relatively simple- you just weave the thread back in through the gap. In all reality, this is never going to happen to your wrap accidentally though!!

What can I do about Weft Ladders?

The easiest thing is to do nothing! The longer floats are really no more likely to snag than any other part of the cloth, and they are generally quite hard to spot when your wrap is in use.

If seeing the laddering effect really bothers you, you can weave another weft thread in to the cloth to replace the missing piece. This thread would intersect the long floats and make them the regular size. The big issue is that there is no handy gap for that weft thread to fit into, so you’ll need to squash it in between the other weft threads. This is going to make that area of weft ever so slightly denser, and that may make the weft colour appear more strongly. You may notice that on the weft face more than you noticed the ladder on the warp face! You’d need to experiment and see.

If you want to fix a weft ladder, we’ve made a video (no sound) to guide you through the process.