This blog post about women and weaving (subjects very close to our hearts!) contains lots of ideas from Women’s Work: The First 20,000 Years Women, Cloth, and Society in Early Times

By Elizabeth Wayland Barber, combined with information from contemporary studies of 18th and 19th century industrial Manchester and Bolton and a few thoughts of our own.  If this subject catches your interest then I highly recommend reading Barber’s book yourself.

Pre-historically, motherhood and ‘work’ used to be intertwined. Women didn’t choose between vocation and family because there was no division between the two, they co-existed.

Spinning and weaving have historically been done by women. Both tasks took a very long time to complete, they were pretty much a permanently ongoing job, and it was the kind of work that you could be interrupted from and pick back up afterwards. It was the kind of work that was safe to do with small children in tow (unlike hunting or metal smelting), and that was essential when breastmilk was the only source of sustenance for babies, and still an important food source until children were 3 or 4 years old. Mothers and babies were an inseparable package. So, women had (at least) two very prized roles in nurturing children and weaving cloth. These weren’t inconsequential or lowly tasks to perform, they were essential, and life was structured around them.

Without going into a full history lesson, the gradual move from home spinning to full industrial mechanisation took ‘work’ out of the home and into the, very child unfriendly, mill. The women had no choice but to follow the jobs. Children had no value to mill owners, other than as potential labour, and so we were forced as a society to balance the books somehow. Since the capitalist dynamic was very strong, and people had no choice but to work in the mills, and we paid the price by completely changing the value that we put on child-rearing. We forgot that motherhood was valuable because it wasn’t profitable.

Maternity rights were pretty much non-existent in cotton age Manchester. I find it hard to even think about it enough to type this, but women would regularly dose their tiny babies with laudanum (an opioid painkiller) to keep them sedated long enough for them to be left unfed whilst their mother was out at work. There were no real alternatives, so this became commonplace, and many babies would die as a result.

Firespiral’s HQ is in Egerton, a gloriously cold and rainy mill village on the edge of the West Pennine Moors.  The permanent damp around here created the perfect conditions for cotton spinning and weaving and being only a few miles from Manchester, it was caught up in the cotton boom of the industrial revolution. People have lived here for thousands of years (our Charters Moss design is named after the bronze age settlement on the outskirts of the modern village), but the village as it stands today grew around the local mill. 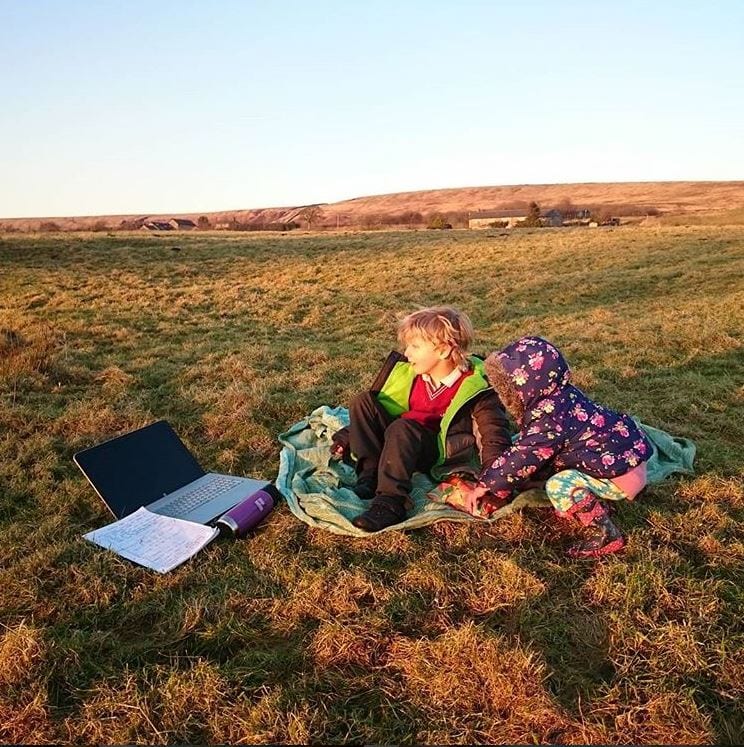 Egerton’s own mill owners had a fairly good reputation and championed the rights of the workers, allowing mothers to stay at home with their babies for a maternity period without making the whole family destitute (how kind of them!) and providing better living conditions than were the norm for the area.

We don’t experience the horrors of 200 years ago, but our post-industrial age still bears the hallmarks of those times, and the shift in thinking in terms of the role of women has never changed. Women are still put in often impossible positions where the numbers just don’t add up; we can’t meet all of our needs and are forced to gloss over the cracks. We tell ourselves that we don’t want both worlds, we choose either ‘motherhood’ or ‘career’ or ‘ personal identity’. Either that or we spread ourselves impossibly thin trying to reach all of those goals at once because our society has embedded vocational work at the opposite end of the spectrum to child rearing.

Barber wrote her book in 1996 (back when I was 16 and had the whole world ahead of me). She imagined a world where the newly emerging technologies allowed women to move their work back into the home and combine a career with motherhood in a way that allowed both to thrive. When I first read this, a good 20 years later, I was so excited to see that we were doing exactly what she had predicted, and with a business that wove cloth no less!

By having flexible work that could be done in the home, fitted around the needs of our family, we could trace a thread back to the women who lived on this hillside 3000 years ago, and we didn’t have to make the sacrifices that so many generations of my family did as they moved from home spinners into mill workers.

I hope that we can take this new way of working and translate it into a new way of thinking- one where ‘women’s work’ is recognised for its true value. 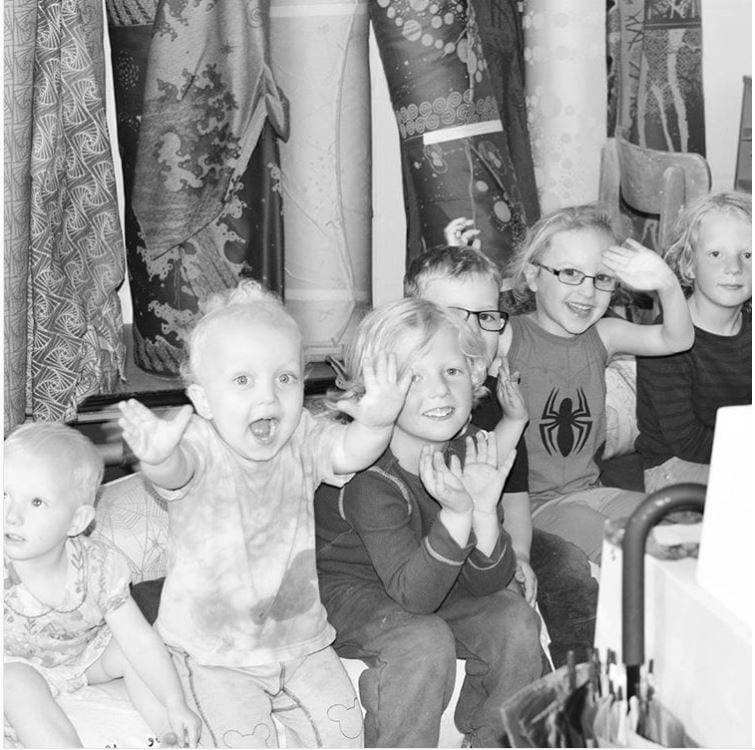