The Semi Double Hammock or Back Reinforced Torso Sling Carry may not have the pithiest of names but it is one of my all time favourite carries! It is a variation on a Double Hammock with Traditional Sling Pass which means rather than being 2 shouldered it goes over only one shoulder using a traditional sling pass. 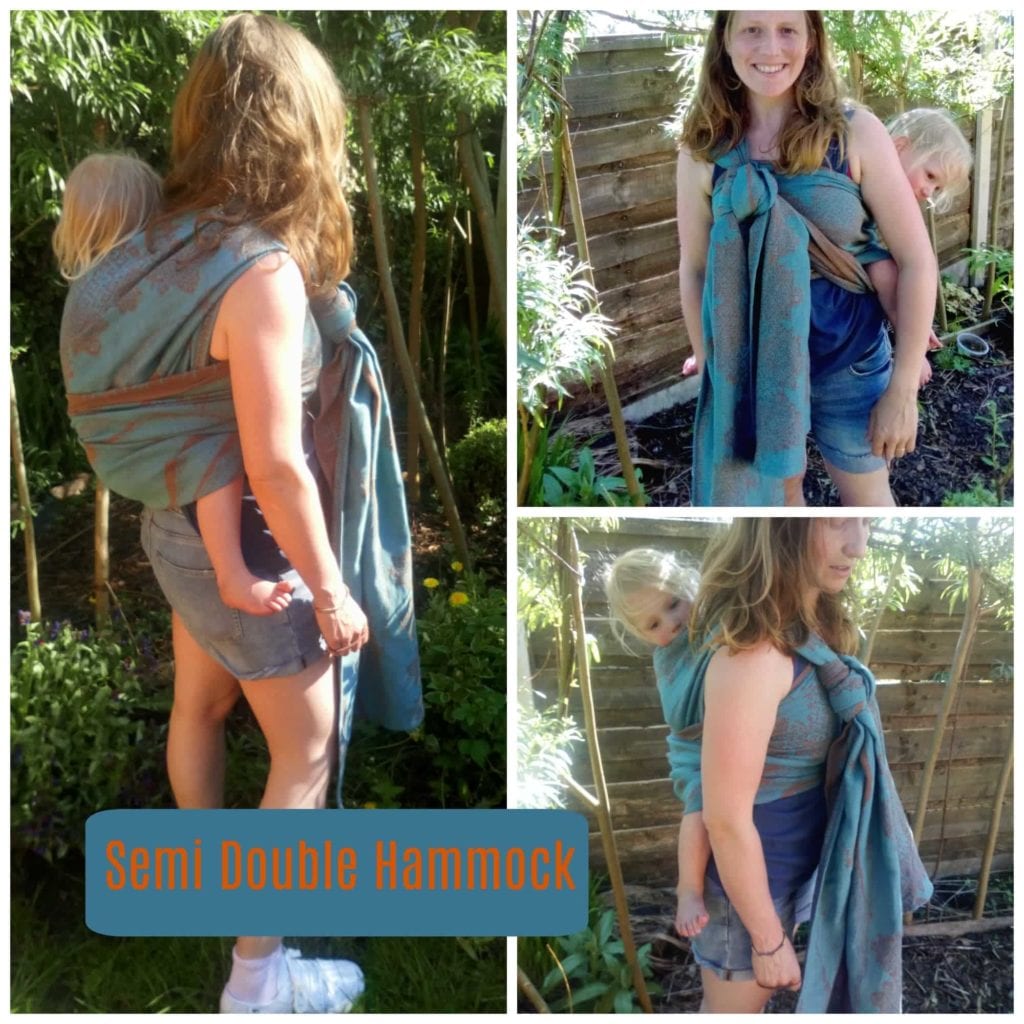 Here is a GIF tutorial of Dan using a size 2 to do the Double Hammock Traditional Sling Pass. He is using a demo doll because we only had uncooperative kids!

Here is a video that Noah’s Arc Sling Library made for us of a Semi Double Hammock using a size two.