Our next release into the shop  is the linen weft Winter Twilight Seafoam and we will be releasing these tomorrow at 10am (Saturday 21st December). Fittingly this is the Winter Solstice- the shortest day of the year in terms of daylight hours. The linen is incredibly shimmery and versatile in its appearance. Just like the sky in winter it can appear dark and moody – a deep greyish green, yet a change of angle turns it bright and crisp and shimmery. We think it works beautifully with the waves (think the Irish Sea mid winter rather than the Mediterranean)!!

These are a 50% Irish Ross linen, 50% combed cotton wrap. This is a single ply linen so it retains its natural texture, but is a medium weight wrap and breaks in quickly.  There are around 30 of these wraps available from sizes 2 to 7.

So now for some pictures. Just to show you the alchemy of weaving transforms the yarn,  the first picture is the cones of winter linen in their unwoven state. 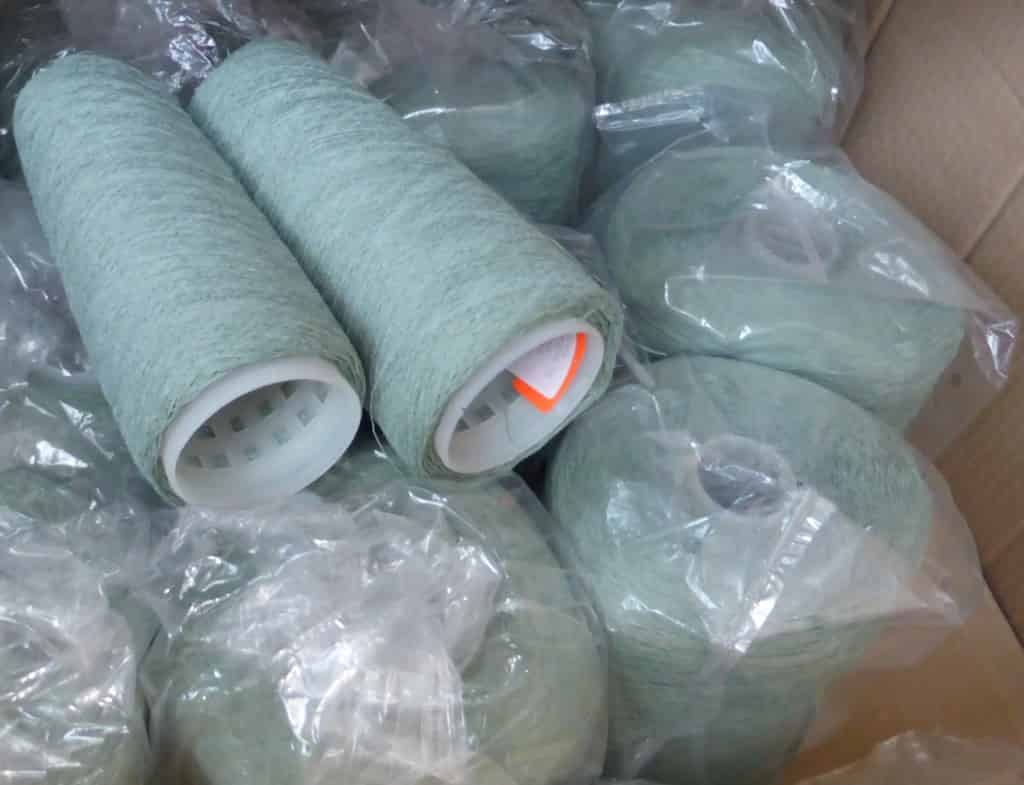